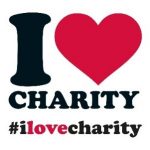 Figures released today (21 February) reveal that public trust in charities in Scotland has fallen by 9 percentage points over the last two years.

The data comes from a telephone survey conducted by Ipsos MORI as part of the Scottish Public Opinion Monitor in December 2017, which shows that 73% of the 1,088 people questioned strongly or tended to agree that “most charities are trustworthy and act in the public interest” – a drop from 82% in 2015.

However the rate of trust recorded in Scotland is still substantially higher when compared to England and Wales, where only 61% of people surveyed agreed that most charities are trustworthy and act in the best interest of the public (Source: Charity Commission Survey, 2016).

The findings have prompted the Scottish Council for Voluntary Organisations (SCVO) to launch an ‘I Love Charity’ campaign, which aims to support good governance within organisations to ensure they are well run, open and transparent, and to encourage charities to work harder at promoting the positive impact of their work.

John Downie, Director of Public Affairs at SCVO said: “Although trust in the sector is still high, these findings should act as a wake-up call for Scottish charities.

“We know the vast majority of Scottish charities are well run. But trust is fragile. While bad practice should be weeded out wherever it exists, we must act now to protect the reputations of charities that are well run and do amazing work.

“That is why we’re launching our ‘I Love Charity’ campaign at our Gathering event in Glasgow’s SEC today (21 February) – to promote better governance and encourage organisations to get better at telling the public about the amazing work they do.”

According to the survey, personal experience was a key indicator of trust in charities. When asked about the charities whose services they had used, respondents were more positive. A total of 77% of those questioned rated their trust and confidence as six or above out of 10 for charities whose services they had used and 59% gave high scores of eight and above.

View a report on the findings here.

Many charities across the country are already finding new and innovative ways to challenge misinformation and promote trust in their cause, by involving their communities and embracing digital platforms – and are proving that you don’t have to be a big organisation to do it.

Contact Teas – operated by Contact the Elderly – is an initiative which sees people across Scotland host monthly tea parties for older people in their areas. The charity now has 126 groups supporting more than 900 people, and operates Facebook, Twitter and Instagram pages which have thousands of followers to tell the personal stories of those that attend parties through colourful images and videos.

Head of Service Morna O’May said: “We try to tell our story from the perspective that this is a family friendly activity, it is very personal, and takes place in people’s homes and their cars. There is a lot of personal contact at our tea parties, there is one-to-one contact, and there are often children and even pets involved.

“The charity as a whole is doing a lot of work online, but it really is our Scotland team that is leading the way digitally. We are focusing on getting our message out there on all the different social media sites. We are really keen that are staff are individually involved with our social media. All of our staff get the chance to tell their own stories online, which means that there are a lot of unique stories told.

“It comes into play at the tea parties as well. We had a tea party in Edinburgh recently that was taking place at the same time as one down south. Some of the people involved knew each other, and they ended up using Facetime to talk to each other despite being hundreds of miles apart.”

Friends of Oban Community Playpark was founded six years ago and is an example of what can be achieved when a community works together. A group of six mums raised more than £334,000 to replace the town’s ageing play area, which resulted in a stunning new play facility for children of all ages to use. Collection boxes in local pubs and shops raised more than £6,000, and the group attempted to connect with the local community by hosting unique events to attract as many families as possible.

The Friends’ Lyndsay Elliot said: “It was very much a small group of people, and we were all volunteers. It doesn’t always take a massive committee to get things done, but it does require a few people who know what they are talking about. A lot of the money raised came through us getting our message across by using Facebook, working with local newspapers, appearing on radio stations, things like that. We also had face to face meetings with as many people as we could, as well as consulting with lots of parents and children.”

The group benefited from working in a tight community, but also had to respond quickly when misinformation was spread about the project. The Friends had difficulties raising continued funding for the play area – with many locals believing that the project had been completed – and the committee having to ensure that it kept its supporters regularly with developments.

Elliot said: “Our supporters knew that all of the money that gave us would be going towards the project, and that it would be used. I think people can get frustrated if they don’t see results after donating. They knew that we wouldn’t be sitting there doing nothing with their money, and that it would go straight to the project. We were also very pro-active in telling people where we were with the project, and when we had hit specific goals or targets.”

Starter Packs Glasgowprovides household essentials to those who have secured properties after being homeless and is an example of a charity which has bounced back from having trust issues, and may not have survived had it not been for the understanding nature of its backers.

Manager Gavin Dunbar took the helm of the charity having volunteered and worked in the charity’s shop The Magpie’s Eye, which sells vintage items. He said: “The charity has always been run on a shoestring. Most charities struggle with the same things – funding, lack of volunteers and things like that. We really are a community based charity but that doesn’t mean we can’t be professional about what we do. It’s all about making the most of your donations, your volunteers and your staff. It’s also about making the most of what you do for the community and the people that you help.

“Five years ago we were really struggling, it was a real mess and a lot of things weren’t being done properly. But our two shops had such a good reputation, particularly the Magpie’s Eye. I don’t think most people were aware of the issues, but those that were aware gave us the benefit of the doubt because they knew what we wanted to do. I think one of the reasons that Starter Packs Glasgow has survived is that the community has been so supportive and know that we are in this for the right reasons.”

“They know what we do, and what we are trying to do. The Magpie’s Eye shop brings people into Govan, and they look out for the stuff that we sell. When they come to the shop, they meet the staff and can see what we are all about. Social media has also been key. People see items they like on our Facebook page and head straight for the shop. This has allowed us to gain a good following online.”

The Yard has been praised for the support it provides to disabled children and their families at its play facility in Edinburgh – and has expanded to Dundee and Fife. Curiosity over the wider impact of its work led the organisation to commission a social impact study last year.

“We were pretty sure through anecdotal evidence that our service was valued by the families that we worked with, but we had no real proof of this,” said Chief Executive Celine Sinclair. “Through the social impact study, we were able to identify that families felt more informed, and less isolated after they had been at The Yard. The research provide clear, qualitative and quantitative which shows the good things we are doing.”

“The reason we made the decision to do the research was that we realised that we were at a size where we were having to raise a sizeable income, and we wanted to be able to very clearly evidence what people when they gave us their money. It was about being able to build trust with our stakeholders, those who have funded us, and being able to demonstrate to them very clearly that our model of supporting disabled children and their families is great value for money.”

The research showed that every pound spent at The Yard results in a return of over £20, and every pound invested achieves a social saving of £12. It also provided evidence of the positive effect that The Yard has on the families who attend, with them feeling more confident and being able to meet people in similar situations to them. The study is now being used to aid the charity in funding applications, and to display its good work to supporters.

Charities all set for the Kiltwalk