The following briefing is based on SCVO analysis of data from the Annual Population Survey (APS) and Labour Force Survey (LFS), between 2015 and 2017. General figures on EU nationals living in Scotland are taken form Scottish Government and Scottish Parliament briefings.

Non-UK EU nationals are a small but important part of the Scottish workforce, particularly in key areas such as hospitality and health. We estimate that EU nationals make up over 3% of the third sector’s workforce. These 3,500 employees are employed across a wide range of roles, from front-line to management. Reflecting sector employment patterns, it is reasonable to assume that at least half will be engaged in delivering health and social care services. In addition, many of these third sector workers from EU countries will have dependents with them in Scotland.

Around a third of EU nationals in employment in Scotland are working in the distribution, hotels and restaurant sector. The health and social work sector employs 12,000 EU nationals, accounting for 3% of total employment in this sector: 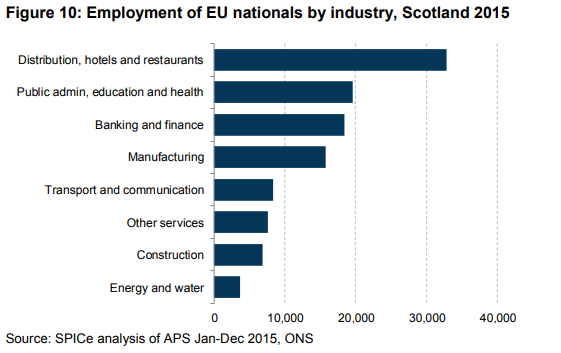 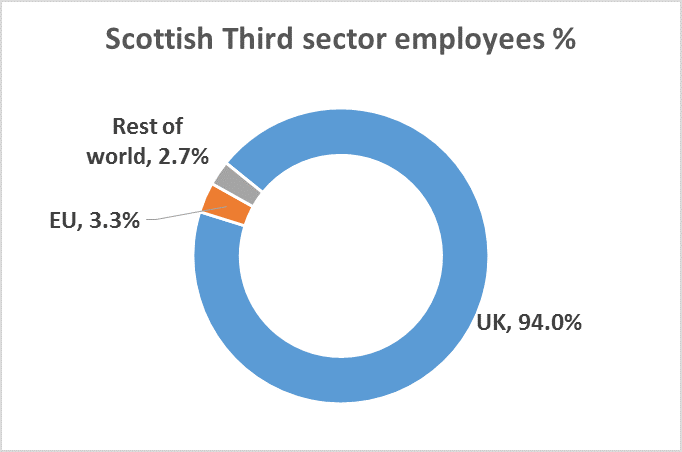 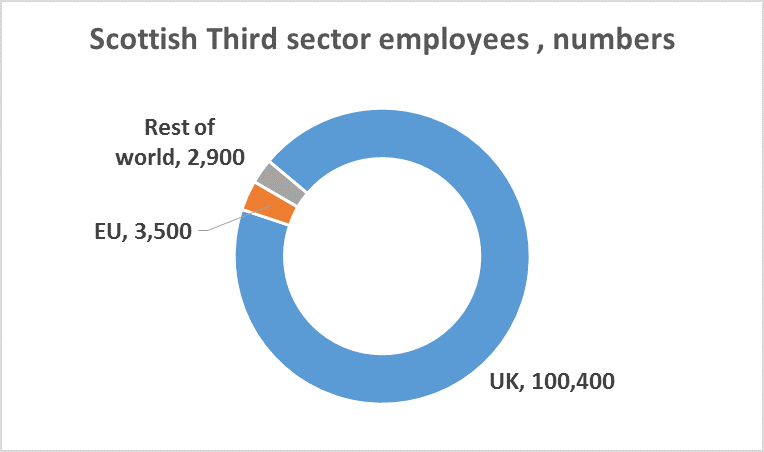 According to APS data, around 3.5% of the Scottish workforce is employed in the third sector, higher than the UK figure of 2.7%. This works out as an around 90,580 Scottish third sector employees. However, based on SCVO and OSCR figures this figure is a slight undercount (due to factors such as the APS data relying on respondents self-reporting what sector they work on, and only looking at main jobs). SCVO analysis of OSCR returns indicate that there are at least 106,800 Scottish third sector employees.

While the number of EU respondents in Scotland is too small for robust statistical analysis by sector, we were able to take the average across multiple survey periods, and check this against the UK figures for which more observations are available. 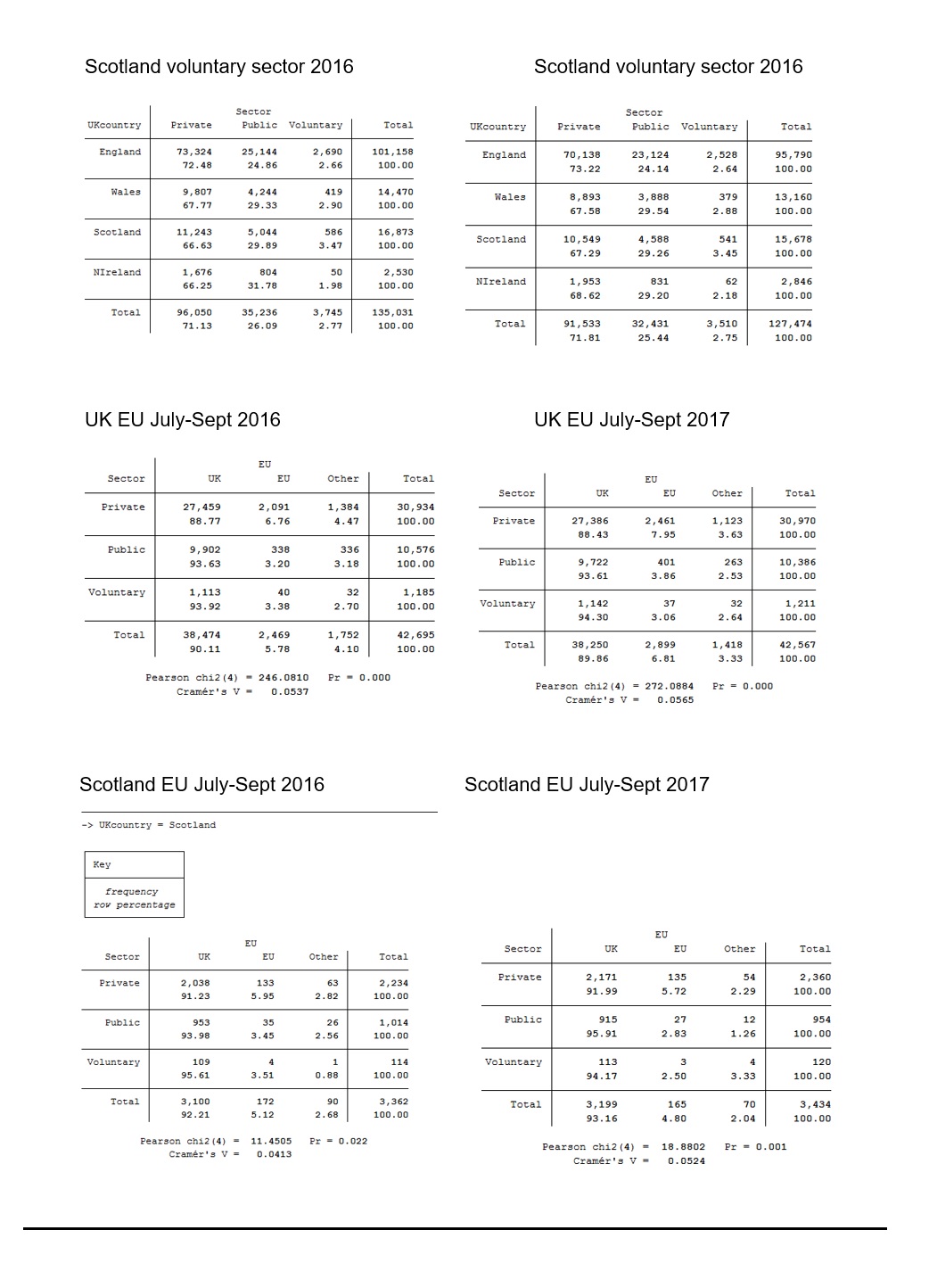 Call for greater animal protection ahead of election